Hope Hicks Expected To Give Private Testimony To House Committee 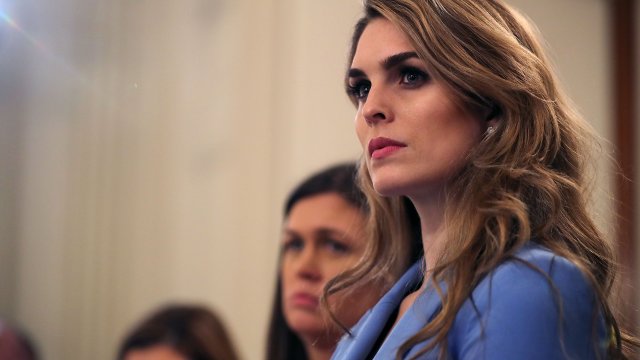 The committee sent Hicks a subpoena last month. It wants to ask her questions related to special counsel Robert Mueller's investigation. She'll be the first ex-White House aide to go before the committee as part of its investigation into possible obstruction of justice, corruption and abuse of power.

The committee's chairman, Rep. Jerry Nadler, said lawmakers will also ask Hicks about her time with the Trump campaign and in the White House.

It's still unclear whether President Trump will use executive privilege to block Hicks from answering certain questions about the White House.

The administration has already asserted that privilege in this case — it directed Hicks and Annie Donaldson, another former White House official, not to turn over documents that the House Judiciary Committee requested.