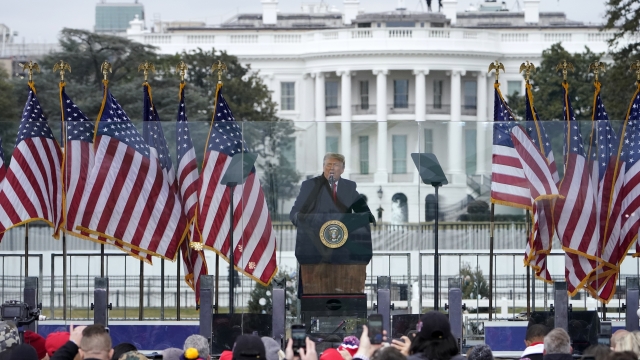 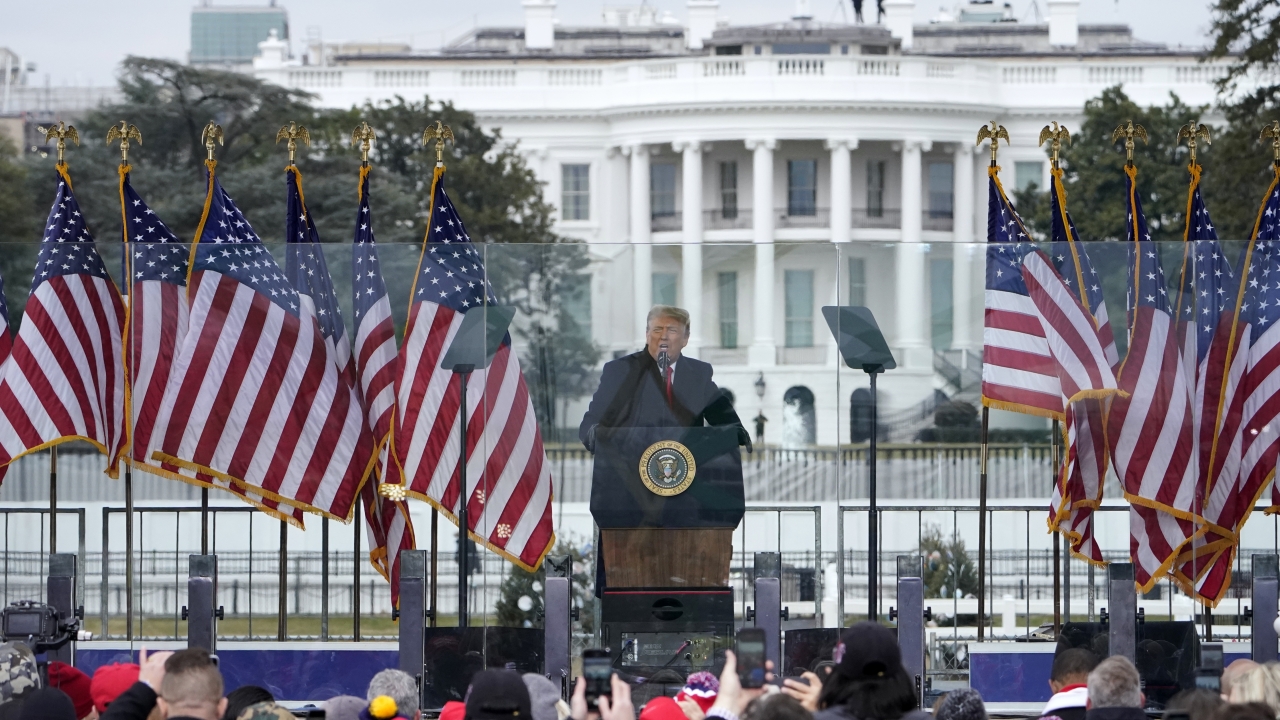 A House committee investigating the Jan. 6 insurrection at the U.S. Capitol has issued its first subpoenas, demanding records and testimony from four of former President Donald Trump's close advisers and associates, including those who were in contact with him before the attack or on the day of it.

Committee Chairman Bennie Thompson, D-Miss., wrote to the four that the committee is investigating "the facts, circumstances, and causes" of the attack and asked them to produce documents and appear at depositions in mid-October.

The panel, formed over the summer, is now launching the interview phase of its investigation after sorting through thousands of pages of documents it had requested in August from federal agencies and social media companies. The committee has also requested a trove of records from the White House. The goal is to provide a complete accounting of what went wrong when the Trump loyalists brutally beat police, broke through windows and doors and interrupted the certification of President Joe Biden's victory — and to prevent anything like it from ever happening again.

In a statement, Trump asserted that "we will fight the Subpoenas on Executive Privilege" and suggested that the panel should call witnesses to testify about the "Rigged Presidential Election of 2020." Multiple courts, elections officials and even Trump's own attorney general have found no evidence of widespread fraud.

Though Trump has signaled his refusal to hand over any details to Congress, he doesn't necessarily have the final word now that he's out of office. According to an executive order on presidential records, the archivist in possession of the records "shall abide by any instructions given him by the incumbent President or his designee unless otherwise directed by a final court order."

The White House has indicated it is inclined to release as many of the documents as possible; but officials aren't ruling out that there could be individual records Biden may deem privileged.

Thompson says in letters to each of the witnesses that investigators believe they have relevant information about the lead-up to the insurrection. In the case of Bannon, for instance, Democrats cite his Jan. 5 prediction that "(a)ll hell is going to break loose tomorrow" and his communications with Trump one week before the riot in which he urged the president to focus his attention on Jan. 6.

In the letter to Meadows, Thompson cites his efforts to overturn Trump's defeat in the weeks prior to the insurrection and his pressure on state officials to push the former president's false claims of widespread voter fraud.

"You were the president's chief of staff and have critical information regarding many elements of our inquiry," Thompson wrote. "It appears you were with or in the vicinity of President Trump on January 6, had communication with the president and others on January 6 regarding events at the Capitol and are a witness regarding the activities of the day."

Thompson wrote that the panel has "credible evidence" of Meadows' involvement in events within the scope of the committee's investigation. That also includes involvement in the "planning and preparation of efforts to contest the presidential election and delay the counting of electoral votes."

The letter also signals that the committee is interested in Meadows' requests to Justice Department officials for investigations into potential election fraud. Former Attorney General William Barr has said the Justice Department did not find fraud that could have affected the election's outcome.

The panel cites reports that Patel, a Trump loyalist who had recently been placed at the Pentagon, was talking to Meadows "nonstop" the day the attack unfolded. In the letter to Patel, Thompson wrote that based on documents obtained by the committee, there is "substantial reason to believe that you have additional documents and information relevant to understanding the role played by the Defense Department and the White House in preparing for and responding to the attack on the U.S. Capitol."

Scavino was with Trump on Jan. 5 during a discussion about how to persuade members of Congress not to certify the election for Joe Biden, according to reports cited by the committee. On Twitter, he promoted Trump's rally ahead of the attack and encouraged supporters to "be a part of history." In the letter to Scavino, Thompson said the panel's records indicate that Scavino was "tweeting messages from the White House" on Jan. 6.

Thompson wrote that it appears Scavino was with Trump on Jan. 6 and may have "materials relevant to his videotaping and tweeting" messages that day. He noted Scavino's "long service" to the former president, spanning more than a decade.

The subpoenas are certain to anger Republicans, most of whom have been content to move on from the insurrection and have remained loyal to Trump even after denouncing the attack. Only two Republicans sit on the panel, Wyoming Rep. Liz Cheney and Illinois Rep. Adam Kinzinger.

In July, the committee held an emotional first hearing with four police officers who battled the insurrectionists and were injured and verbally abused as the rioters broke into the building and repeated Trump's lies about widespread election fraud.

At least nine people who were there died during and after the rioting, including a woman who was shot and killed by police as she tried to break into the House chamber and three other Trump supporters who suffered medical emergencies. Two police officers died by suicide in the days that immediately followed, and a third officer, Capitol Police Officer Brian Sicknick, collapsed and died after engaging with the protesters. A medical examiner later determined he died of natural causes.

The Metropolitan Police announced this summer that two more of their officers who had responded to the insurrection, Officers Kyle DeFreytag and Gunther Hashida, had also died by suicide.