House Investigating Whether Trump Lied To Mueller During Russia Probe 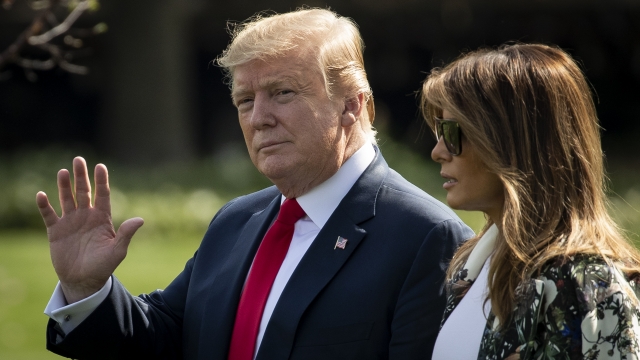 The House is reportedly investigating whether President Donald Trump lied to former special counsel Robert Mueller in written answers he provided during the Russia investigation.

CNN reports that on Monday, the House's general counsel told the D.C. Circuit Court of Appeals that Democratic lawmakers need secret grand jury materials from Mueller's investigation for their impeachment inquiry. He said those materials will help the House determine if the president lied.

That grand jury testimony and other details in Mueller's investigation were redacted from the version of the report that was released to the public.

The House made its request almost a week after President Trump's former deputy campaign chairman, Rick Gates, testified in Roger Stone's trial. Gates said Stone talked to then-candidate Donald Trump on the phone about information that could help him in the 2016 presidential election. This was reportedly around the same time Stone was trying to get information about stolen Democratic emails that WikiLeaks had in its possession.

In written statements published in Mueller's report, the president said he did "not recall being told" that Stone or anyone on his campaign had had contact with WikiLeaks.

The House Judiciary Committee was already investigating whether the president obstructed justice.