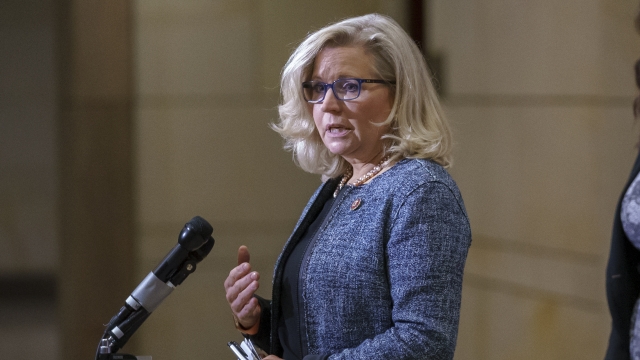 House Republicans will meet behind closed doors to determine whether Wyoming Rep. Liz Cheney should be removed from leadership.

Cheney is under fire for criticizing Donald Trump and his alleged role in fomenting the Capitol riot.

She faces a challenge for her seat from New York Rep. Elise Stefanik, who has the backing of Trump and House GOP leader Kevin McCarthy.

On Tuesday, Cheney defended her position and blasted critics during a four-minute speech on the nearly empty House floor. She said "remaining silent emboldens the liar."