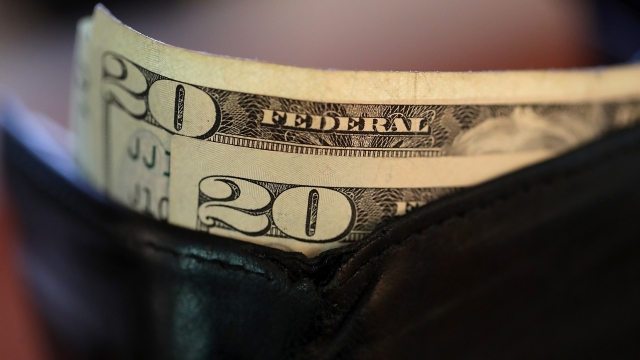 SMS
House Democrats To Introduce Bill To Raise Federal Minimum Wage
By Briana Koeneman
By Briana Koeneman
January 15, 2019
Lawmakers will reportedly introduce the legislation Wednesday, which would gradually bump the minimum wage up to $15 an hour by 2024.
SHOW TRANSCRIPT

House Democrats are getting ready to introduce a bill that would slowly increase the federal minimum wage.

According to reports out Monday, lawmakers will introduce the legislation Wednesday, which would gradually bump the minimum wage up to $15 an hour by 2024. The federal minimum wage is currently $7.25 per hour.

The lawmakers spearheading the legislation wrote in a letter obtained by The Hill, "By gradually increasing pay for millions of workers, Congress can raise living standards and lift millions of Americans out of poverty."

The move comes not long after 19 states and 21 cities and counties raised their minimum wages around the start of the new year.

As Newsy previously reported, four of those states — Arizona, Colorado, Maine, and Missouri — are phasing in minimum wage increases that will eventually reach $12 an hour by 2023 at the latest. And California, Massachusetts and New York are working their way up to a $15 hourly wage. Several other states will be enacting minimum wage increases later this year.