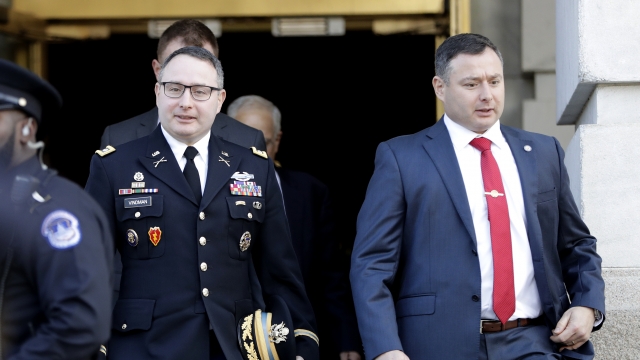 SMS
House Democrats Want Probe Into Vindman Firings
By Newsy Staff
By Newsy Staff
August 27, 2020
The Vindmans were marched out of the White House just days after the Senate acquitted the president.
SHOW TRANSCRIPT

Alexander Vindman was a key witness in the impeachment inquiry into whether President Donald Trump used military aid as leverage to get information on Joe Biden.

The Vindmans were marched out of the White House just days after the Senate acquitted the president on abuse of power and obstruction of Congress charges.