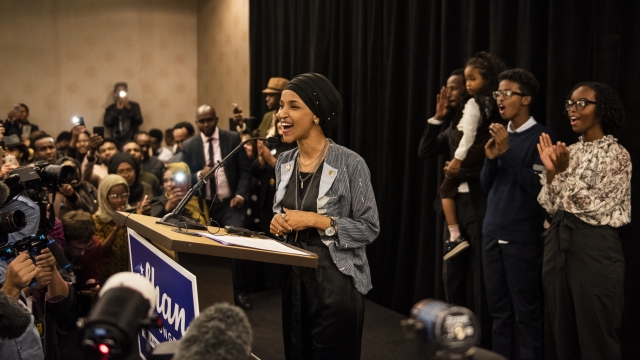 Democratic leaders in the House have postponed a vote on a resolution condemning anti-Semitism.

The vote was originally expected to happen Wednesday. But House Speaker Nancy Pelosi and House Majority Leader Steny Hoyer told some of their colleagues Tuesday night that the vote would likely be pushed back by at least a day.

The text is largely seen as a response to to controversial comments made by Rep. Ilhan Omar last week. At an event, the Minnesota Democrat insinuated that supporters of Israel's government are pushing "allegiance to a foreign country."

A number of people in her own party accused Omar of anti-Semitism, but Omar later said she's simply questioning U.S. policy toward Israel.

But multiple outlets reported Tuesday that the House vote was delayed so Democrats could have time to expand the draft resolution to also include language condemning anti-Muslim bias.

On top of the resolution, some Republican lawmakers have pushed for Omar to be removed from her seat on the House Foreign Affairs Committee. But Chairman Eliot Engel told CNN that doing so would only "exacerbate the situation even more."