AG Barr Skipped A House Hearing. What Can Democrats Do About It? 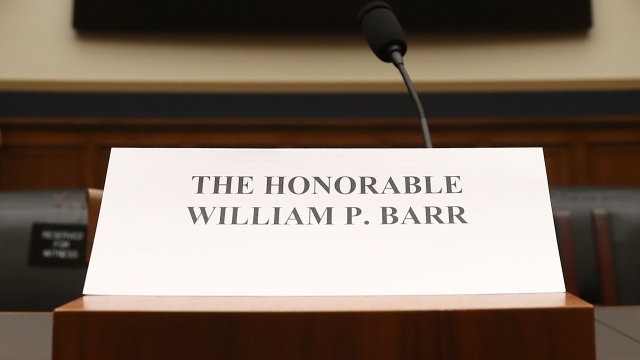 Democrats are contemplating what to do next after Attorney General William Barr was a "no-show" for a House Judiciary Committee hearing on Thursday.

"The administration may not dictate the terms of a hearing in this hearing room," said Judiciary Committee Chairman Jerry Nadler.

There are some options for Democrats, but frankly, they don't look promising.

"If he does not provide this committee with the information it demands, the respect it deserves, Mr. Barr's moment of accountability will come soon enough," Nadler said.

The Democrat-led House will likely now vote to subpoena Barr — which he'll probably ignore. They'll then vote to hold the attorney general in contempt of Congress. If that doesn't compel him to testify, they could either go to court and file a contempt lawsuit or refer the case to the U.S. attorney in Washington. Judges will likely balk on either account as they try to stay above the political fray. All of this as House Speaker Nancy Pelosi makes her biggest rebuke of the attorney general yet.

She says the judiciary committee will direct the next steps in dealing with Barr, but made one notable comment:

"As you know, one of the articles of impeachment for Nixon was he ignored the subpoenas for Congress."

It wouldn't be the first time an attorney general went to prison under similar charges. President Richard Nixon's attorney general, John Mitchell, served 19 months in prison for crimes including perjury and obstruction of justice during Watergate. Attorney General Barr could be impeached by the House, but conviction in the Republican-led Senate seems unlikely.