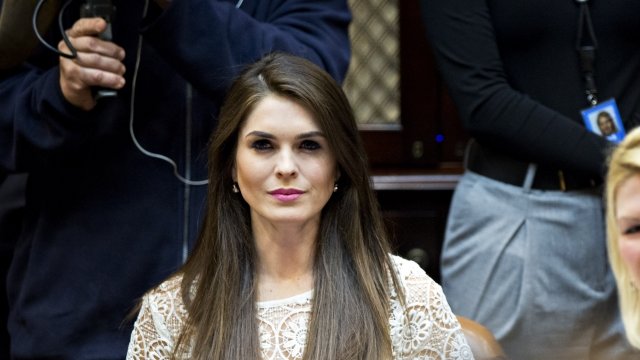 Delaying Hicks interview gives members a chance to work with the White House in hopes of achieving a more transparent testimony from Hicks.

Lawmakers on the committee were fuming after Bannon reportedly wouldn't answer any questions about his time in the White House or during the transition to the White House after Trump's presidential win.

The White House is reportedly instructing witnesses to limit their testimony, despite press secretary Sarah Sanders saying they've been and are being "fully cooperative" with the Russia investigation.