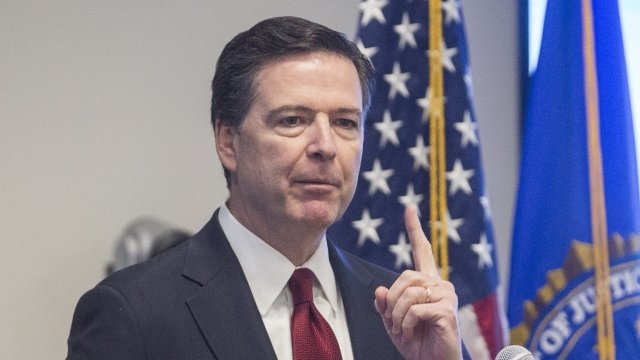 By Katie Cammarata
December 9, 2018
Members from the House committees asked Comey about how the FBI handled the Hillary Clinton email and Russia probes.
SHOW TRANSCRIPT

The 235-page transcript recounts the events of the six-hour interview that Comey described as tense and a "waste of time."

Members of the House Judiciary and Oversight and Government Reform committees questioned Comey about how the FBI handled the Hillary Clinton email and Russia probes.

Democrats asked the former FBI director what would happen if special counsel Robert Mueller was fired. He explained that he didn't know, but "you'd almost have to fire everyone in the FBI and the Justice Department to derail the relevant investigations."

An FBI lawyer repeatedly kept Comey from answering questions that may overlap with or impact Mueller's Russia probe. At one point, she confirmed that Comey could not answer certain questions about the investigation because he is a potential witness in the probe.

All of this is part of a joint investigation into the FBI and DOJ's actions during the 2016 election. That investigation will end when Democrats take control of the House in January.

Comey will head back in front of the two committees for another session of testimony on Dec. 17.