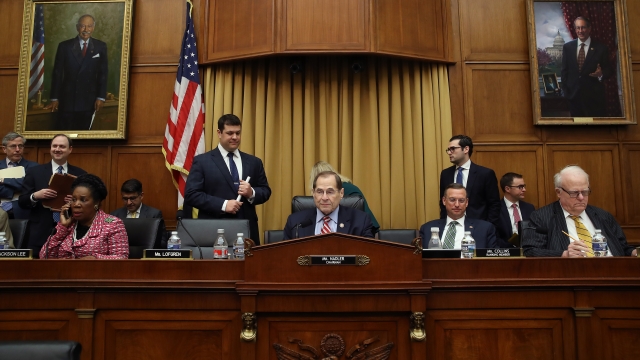 The House Judiciary Committee scheduled a contempt markup for Wednesday.

The House Judiciary Committee has taken its first step to hold Attorney General William Barr in contempt for failing to provide Congress with a full, unredacted version of the Mueller report.

The committee announced the move in a statement Monday.

House Judiciary Committee Chairman Jerry Nadler said in a statement that the Mueller report "offers disturbing evidence and analysis that President Trump engaged in obstruction of justice at the highest levels. Congress must see the full report and underlying evidence to determine how to best move forward with oversight, legislation, and other constitutional responsibilities."

Here's a bit of background: Last month, Nadler subpoenaed the full, unredacted Mueller report and underlying evidence. The next week, the attorney general gave just 12 members of Congress access to see a less-redacted version of the report. And on May 1, Barr missed the subpoena deadline and didn't release the full Mueller report to Congress.

So what's next? The House Judiciary Committee has scheduled a contempt markup for Wednesday. There, lawmakers will discuss the move and vote on it. If the committee passes the resolution, it will head to a full House floor vote. If it passes there, House Speaker Nancy Pelosi will be able to "take all appropriate action to enforce the subpoena."