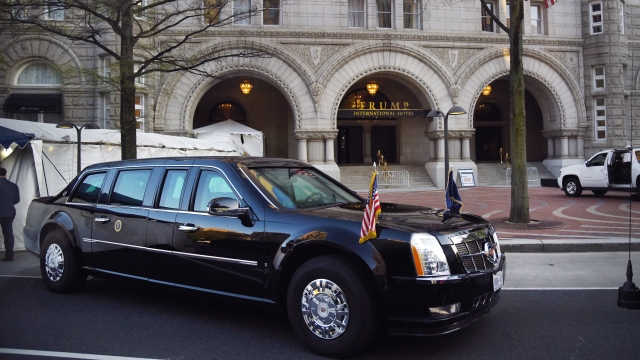 A House committee issued a subpoena for a slew of documents related to Trump International Hotel in Washington, D.C.

The subpoena was issued to Emily Murphy, the head of the General Services Administration, on Thursday. House Committee on Transportation and Infrastructure chairman Rep. Peter DeFazio said the GSA has repeatedly resisted the committee's previous requests for information.

Lawmakers started their investigation into the hotel before the president's inauguration. One issue is the lease. The federal government still owns the Old Post Office building and the Trump Organization rents it. And under the terms of that lease, government officials are prohibited from being the renter and prohibited from financially benefiting from the agreement. The committee is also concerned about the hotel violating the U.S. Constitution's emoluments clause, something that's been the focus of multiple lawsuits.

The subpoena is seeking over four years of GSA communication about the Old Post Office building. That request includes anything sent to or received from President Trump, Ivanka Trump, Donald Trump Jr., Eric Trump or David Orowitz, a former Trump employee who spearheaded the renovation. The committee also wants information about the hotel's profits.

The subpoena gives the GSA until Nov. 4 to produce all the requested information.