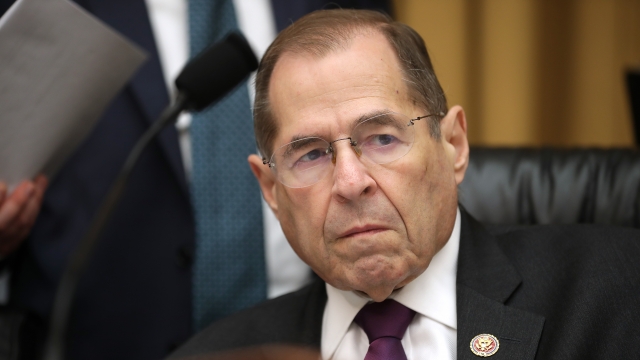 The House Judiciary Committee has invited President Donald Trump to participate in its first impeachment hearing.

The committee announced Tuesday it will hold a public hearing next week "to explore the framework put in place to respond to serious allegations of impeachable misconduct like those against President Trump."

House Judiciary Committee Chairman Jerry Nadler also sent a letter to the president to let him know "of his and his counsel's right to attend the hearing." Nadler said if President Trump wants to participate, he needs to notify the committee by "no later than Dec. 1," as well as "indicate who will act as [his] counsel for these proceedings." Nadler said the committee "looks forward" to an appearance by the president, but warned that if President Trump "continue(s) to refuse to make witnesses and documents available to the committees of jurisdiction, ... the chair shall have the discretion to impose appropriate remedies."