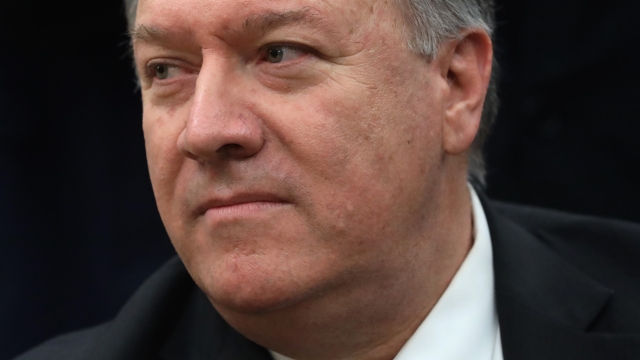 The House Foreign Affairs Committee has invited Secretary of State Mike Pompeo to testify on Iran at an open hearing next week.

In a letter dated Tuesday, committee chairman Eliot Engel asked Pompeo to attend the hearing, which is scheduled for Jan. 14.

Engel said the purpose of the hearing is to "conduct oversight of United States' Iran and Middle East regional strategy," including the decision to order an airstrike that killed Iranian General Qasem Soleimani last week.

He also said the Democratic-led committee wants to know why the Trump administration believes its maximum-pressure campaign against Iran and recent strikes will help bring Tehran back to the negotiating table.

Many critics have called on the Trump administration to paint a clear picture of the "imminent" threat that prompted the strike against Soleimani. But responses from officials, including Pompeo, have been somewhat muddy.

As of Wednesday morning, it was unclear if Pompeo would attend the hearing.