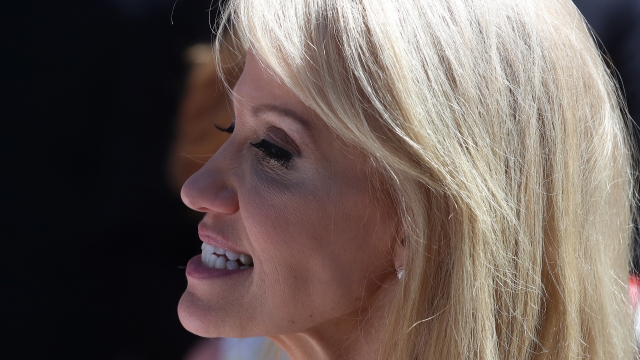 SMS
House Committee Votes To Authorize Subpoena For Kellyanne Conway
By Briana Koeneman
By Briana Koeneman
June 26, 2019
The House Oversight Committee voted 25 to 16 in favor of the subpoena after Conway didn't show up for the panel's scheduled hearing Wednesday.
SHOW TRANSCRIPT

The House Oversight Committee voted 25 to 16 in favor of the subpoena after Conway didn't show up for the panel's scheduled hearing Wednesday.

And Chairman Elijah Cummings has warned if Conway ignores the subpoena, his panel will move to hold her in contempt.

Earlier this month, the Office of Special Counsel urged President Trump to fire Conway for allegedly violating the Hatch Act, which bars federal employees from participating in certain political activities during the course of their work.

The watchdog agency said Conway violated the act on numerous occasions "by making statements directed at ... the failure of candidates for the Democratic Party's nomination for president" in TV interviews and on social media.

And it added if Conway goes unpunished, other federal employees may feel that they don't need to abide by the Hatch Act.

President Trump has said he won't follow the agency's recommendation to fire Conway.