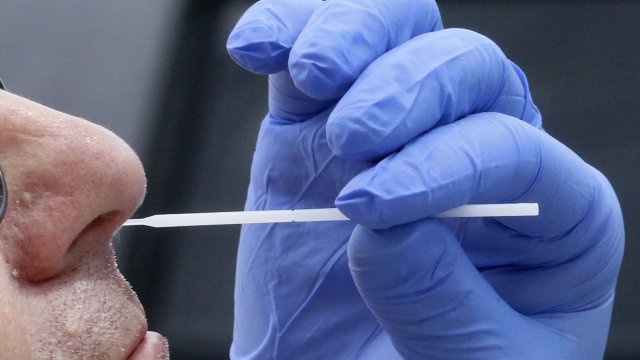 Hospitals will report information including test results and how many beds and ventilators are available to a new central database from here on out.

Hospitals are being told to bypass the Centers for Disease Control and Prevention and send coronavirus-related information to a central data base in Washington.

The Trump Administration's new orders say hospitals will report information including test results and how many beds and ventilators are available to the new database controlled by the Department of Health and Human Services.

The database is not open to the public. That's left critics fearing a lack of transparency or political interference when information is released.

A Health and Human Services official said the CDC will still be a participant in what he called a "streamlined all-of-government response" to the virus but that the Atlanta-based centers will no longer control the data. The HHS spokesman says the new approach helps speed up information to allow the department to more quickly make crucial decisions about how to battle the virus.

The announcement comes after four former CDC directors, who served under presidents of both parties, wrote a Washington Post op-ed accusing the Trump administration of politicizing science, which they say is creating chaos and uncertainty in public health management.