Hospital Prices Are Now Online, But Patients Can't Understand Them 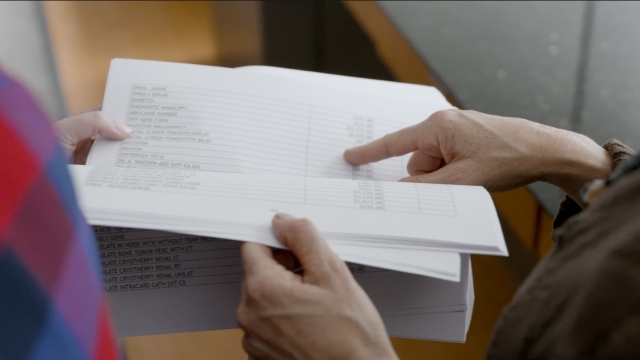 SMS
Hospital Prices Are Now Online, But Patients Can't Understand Them
By Kellan Howell
By Kellan Howell
January 18, 2019
Hospitals now have to share a list of prices for their services, but experts say they're pretty useless for patients.
SHOW TRANSCRIPT

If you’re sick or hurt and need to go to the hospital for care, there’s good news. You can now go online and look up a list of prices for services.

The bad news? The lists are basically gibberish to the average person.

A new policy from the Trump administration now requires all hospitals to publish lists like this one publicly.

The idea is to give patients the ability to compare prices between hospitals, creating competition and eventually driving down costs.

“These are documents that are put together for hospitals to work on their revenue streams and are used for hospital management, it’s not really intended for a patient to use” Ariel Levin, senior director for policy at the American Hospital Association explained in an interview.

Along with not being able to understand the price lists, you typically don’t go to a hospital already knowing what services you need.

"That type of thing. It’s like an a la carte menu, but you’d have to know all the ingredients that are going in to your meal to be able to use it to figure out your total cost," she said.

"So if you go to the hospital and you have insurance for example, you’re insurer has negotiated discounts off of those charges and remember, you probably also have a deductible and copayments so, those prices are not generally what most people are charged," Appelby explained.

In order for patients to really understand how much they will pay for care, hospitals would need to publish the average prices they accept from insurers, which are negotiated in secret.

"Hospitals would argue that puts them at a competitive disadvantage when sit down to negotiate those rates with insurers because then they’ve already had to disclose, you know, put their cards on the table," Appleby said.

Seema Verma, Administrator of the Centers for Medicare and Medicaid Services, admitted during a speech last July that the new policy is only incremental saying, "“This is a small step towards providing our beneficiaries with price transparency, but our work in this area is only just beginning.”

"We’re all kind of affected by them because these charge masters are lists that often, not always, but often insurers use as a basis for negotiating with a hospital how much they’re going to pay. And those negotiations go over into how much they’re going to charge in premiums. Right? So as charge master prices go up, and hospitals can raise them whenever they want, therefore to could premiums go up," Appelby said.