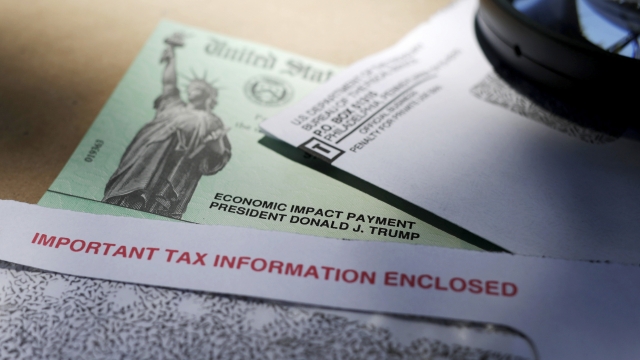 McConnell says he's following through on a commitment Republicans made to push through the bipartisan COVID relief bill.

Hope is fading for $2,000 COVID relief checks has dimmed on Capitol Hill. Senate Majority Leader Mitch McConnell again objected to holding a vote on the bill passed by the House earlier this week.

Instead, he rolled the repeal of liability protections for social media companies and reviewing the integrity of the presidential election into the process. McConnell says he's following through on a commitment Republicans made to the president to get him to sign the bipartisan COVID relief bill last Sunday.

McConnell said: "Mr. President, House and Senate Democrats want something very different. As they try to do countless times in the past four years, Speaker Pelosi and Leader Schumer are trying to pull a fast one on the president and the American people."

Senate Democrats have accused McConnell of trying to kill the $2,000 checks by linking them to measures unrelated to the pandemic that Democrats don't support.

Senate Minority Leader Chuck Schumder said: "Either the Senate takes up and passes the House bill, or struggling American families will not get $2,000 checks during the worst economic crisis in 75 years. Over the past few days, the idea of increasing direct payments to the American people has united folks from all over the political spectrum."

Some Republican Senators, including Kelly Loeffler and David Perdue – who are facing runoffs in Georgia next week –  support raising the higher COVID relief checks. But others oppose them, saying they'll also go to people who haven't lost their income due to the pandemic.