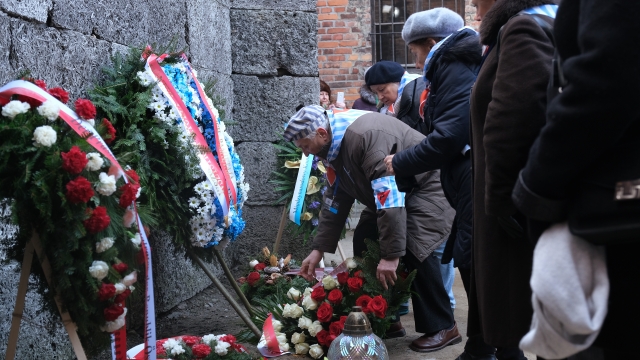 Holocaust survivors gathered at the Auschwitz-Birkenau death camp Monday in commemoration of its liberation. The camp was liberated by the Soviet army 75 years ago on January 27, 1945.

Around 200 survivors of the camp came to Poland from all over the world. They were joined by global leaders in laying wreaths at the camp's execution wall.

During the commemoration ceremony, survivors shared memories and said prayers for their loved ones who didn't survive the camp. Many stressed warnings about a recent rise in anti-Semitism, asking politicians and the global community to prevent history from repeating itself.

More than a million people, a majority of them Jews, are believed to have died at the camp. An estimated 6 million Jews were killed during the Holocaust.