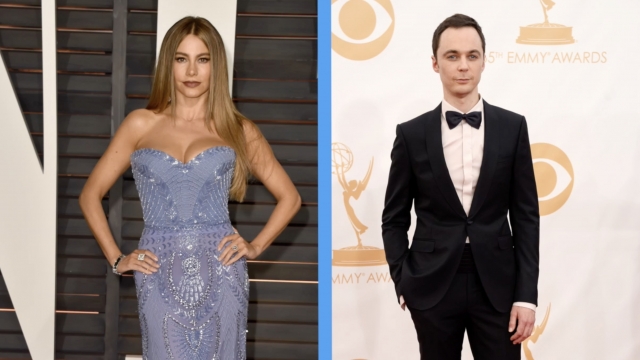 SMS
Hollywood Still Has A Gender Wage Gap Issue — But Less So In TV
By Katherine Biek
By Katherine Biek
September 23, 2016
This year's highest-earning entertainer on the small screen is a woman, according to Forbes.
SHOW TRANSCRIPT

Jim Parsons of "The Big Bang Theory" made $25.5 million before taxes in the past year, making him the highest paid television actor of 2016.

Vergara besting Parsons for the year's earnings is pretty significant. When Forbes released its lists of the 2016 highest-paid movie actors and actresses, all media outlets could do was point out how much less women made.

But this gender wage gap trend has been going on for years in Hollywood.

We looked at Forbes' highest paid movie actors and actresses lists all the way back through 2011, and found the No. 1 earning actor always makes more than his female counterpart — an average of about $33 million more.

Things aren't so much in the men's favor on the small screen.

The smaller wage gap in TV is definitely helped by the fact casts can negotiate their salaries together; that's why Jim Parsons, Kaley Cuoco and Johnny Galecki of "The Big Bang Theory" all make $1 million per episode.

And while women are still underrepresented on any screen, television closes that gap the most. A recent diversity report found 42 percent of series regulars on TV are actresses, while only 26.5 percent of lead movie roles go to women and girls.