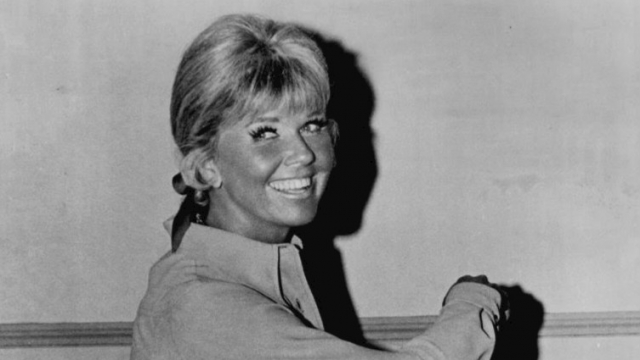 SMS
Hollywood Legend Doris Day Dies At Age 97
By Katherine Biek
By Katherine Biek
May 13, 2019
Her foundation told the Associated Press that the former actress had recently come down with "a serious case of pneumonia."
SHOW TRANSCRIPT

Her foundation confirmed the news early Monday to the Associated Press, saying Day had recently come down with "a serious case of pneumonia."

Day got her start singing on the radio. She recorded her first big hit, "Sentimental Journey," in 1945, and she reportedly was the highest-paid female singer in the world a year later.

She went on to be a huge box office draw in the 1950s and '60s with work in movies like "Calamity Jane," "That Touch of Mink," "Pillow Talk" and Alfred Hitchcock's "The Man Who Knew Too Much."

The Hollywood legend also starred in "The Doris Day Show" on CBS for five seasons beginning in 1968.

After retiring from acting in the '70s, Day dedicated much of her time to the welfare of animals.