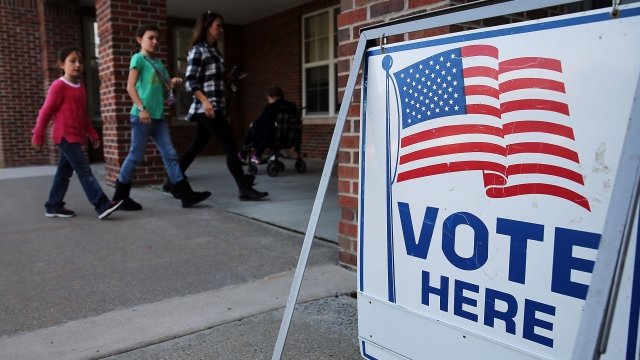 A few key statistics make it clear: The political power of the Hispanic electorate is big, and it's going to get bigger.

In the 1996 presidential election, 4.7 percent of voters were Hispanic. In 2016, 9.2 percent. And Latinos are the nation's youngest ethnic group with a median age 27 years, more than a decade younger than non-Latinos at 42 years. 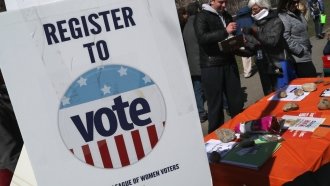 Minorities 10 and under now outnumber whites 10 and under. It's the first truly majority minority generation — what a Brookings analysis labeled "Generation Z-Plus."

Twenty-six percent of the group is Hispanic. There are far fewer Black, Asian and mixed race Americans. That means Hispanics will account for 40 percent of growth in eligible voters by 2030, according to Pew Hispanic Center projections.

This matters because Hispanics have long leaned hard toward the Democratic Party, at times by more than a two-to-one ratio, or 63 percent to 28 percent.

A few examples: Al Gore vs. George Bush earned 62 percent and 35 percent of the Hispanic vote, respectively in 2000. The vote was split pretty much the same between Hillary Clinton and Donald Trump in 2016 at 66 percent vs. 28 percent.

And politicians who assume that the most important political issue for Hispanics is immigration are likely to be disappointed, because they're wrong. In 2017, Hispanic priorities for President Trump and Congress were led by education. It was a top item of concern for 73 percent of those polled. Sixty-nine percent said defending the country from future terrorist attacks was also a top issue, and 66 percent said strengthening the economy was also on their mind.

The lowest-priority issue among those questioned in a Pew survey: Immigration, with only 46 percent saying it should be a top concern. The question is, as younger Hispanics enter the electorate, will those priorities shift? Will party allegiances remain the same?

Democrats have maintained a big edge. But Hispanics will soon account for 40 million votes; that's a big opportunity, and concern, for both parties.