Hillary Clinton Refutes Ties To Big Oil, But She Has Connections 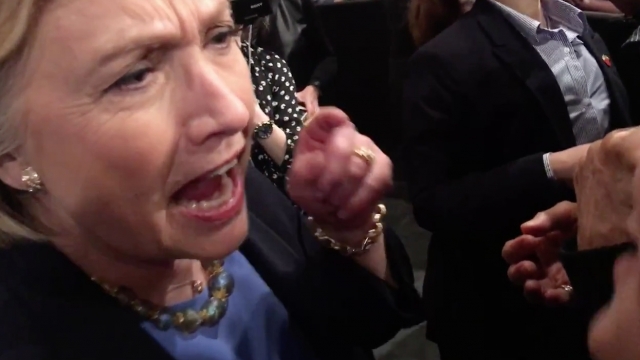 SMS
Hillary Clinton Refutes Ties To Big Oil, But She Has Connections
By Matt Picht
By Matt Picht
April 1, 2016
If you look hard enough, every candidate, even Bernie Sanders, has received donations from someone tied to the oil and gas industries.
SHOW TRANSCRIPT

Democratic front-runner Hillary Clinton has faced routine challenges from the left this election cycle about who's financing her campaign. Apparently, she's pretty sick of it.

"I am so sick of the Sanders campaign lying about me," Clinton told an activist.

"Would you be willing to sign a pledge that you will not take money from the fossil fuel industry?" someone asked.

"Well, I don't know that I ever have. I'm not exactly one of their favorites," Clinton said.

And technically, she's right. Her campaign hasn't received any direct campaign contributions from the industry because that would break campaign finance regulations. Clinton also hasn't taken any money from PACs affiliated with the oil and gas industry.

But according to the Center for Responsive Politics, Clinton has accepted more than $300,000 from individuals who work for the oil and gas industry, which is the distinction she hammered home Thursday night. The center notes these type of donors have contributed over $54,000 to Clinton's opponent, Bernie Sanders.

Clinton argues she can't exhaustively vet contributions from individual donors or control donations to her super PACs, but that's a distinction without a difference to environmental groups and activists.

This video includes clips from 350 Action, C-SPAN and Greenpeace.