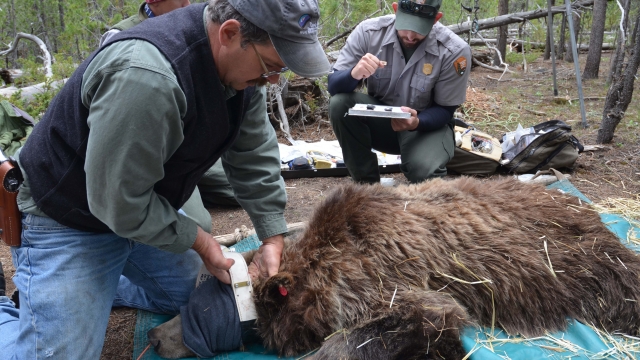 SMS
Trackers Used To Monitor Animals Can Also Be Used Against Them
By Evan Thomas
By Evan Thomas
March 15, 2017
Animal conservation is getting high-tech — but so is the hunting and poaching that threatens it.
SHOW TRANSCRIPT

Radio collars and GPS transmitters make it easy to track exactly where an animal is and how it moves. That's really useful for conservationists — but researchers warn poachers and hunters can use that same data to track down at-risk animals, too.

Fishermen have tried to access movement data from tagged pike so they could catch more fish, for example. The Australian government drew ire from scientists when it followed a GPS tag to cull a vulnerable white shark and reduce human-shark conflict.

And the report says some poachers might have turned to plain old cybercrime: Someone tried to get into an email account that held GPS collar data for an endangered Bengal tiger.

Not all unauthorized tracking is as dangerous as poaching. But some parks have banned photographers from tracking animals via their radio collars anyway because it puts wild animals at risk of acclimating to humans.

Even legal hunters are raising new questions about the role of technology in the wilderness. Some hunting and fishing groups say using drones to track game is against the spirit of the sport. In the U.S., a lot of states ban their use.

The good news is conservationists can use these same high-tech tools to protect their subjects. The GPS tags in rhinoceros horns, for example, will send alerts if they start moving too erratically. 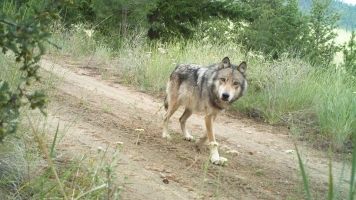 Drones are useful for spotting poaching activity and preventing it in the first place. After the Bengal tiger email incident, researchers deployed drones to keep an eye on the tiger's habitat.

One conservationist even commissioned fake elephant tusks with GPS trackers hidden inside to map out the illegal ivory trade. But they were a little too convincing — customs officials detained him overnight for trafficking.

Combating the new technical side of poaching doesn't have to be so complex, though. Conservation data carries basic security risks we haven't considered much before — and researchers say the best time to start is now.