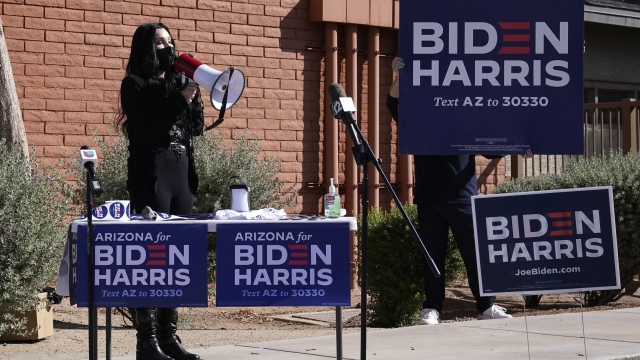 She’s a registered Republican who says President Joe Biden has done an “OK” job during his first hundred days in office.

“I’d say I’m pleasantly surprised, yeah,” Brown told Newsy. “At first, when he first came in, I was concerned because of the executive orders. ... However, I’m not as upset as I thought I might be at the outcome.”

In Chandler, a city southeast of Phoenix, voters Tuesday were mixed, with many Republicans telling Newsy they’re unhappy with the job President Biden is doing.

But Robert Leigh, a lifelong Republican from Apache Junction, said President Trump led him to change his voter registration to independent.

Some Biden voters told us it's still too early to say whether the president is doing a good job.

Noble says the president’s high numbers among Arizonans are indicative of a honeymoon phase, with President Biden’s biggest policy battles still to come.

“The [favorability] numbers most likely are not going to stay that high,” he said.