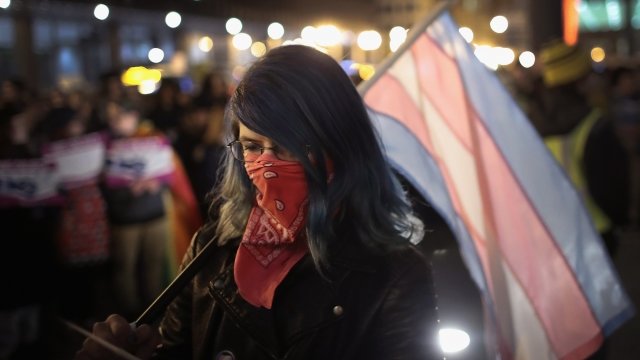 The Department of Health and Human Services is considering a proposal that would narrow the legal definition of sex under Title IX, The New York Times reports.

A memo obtained by the Times shows the agency wants the government to adopt a uniform definition of sex as biological and unchangeable – either male or female as determined at birth.

Title IX protects people from discrimination based on their sex in federally funded education programs. The Obama administration included gender identity in its interpretation of Title IX, ordering federal agencies like the Dept. of Education and the Justice Department to consider transgender people as protected under the law.

But the HHS memo argues "sex" was never meant to include gender identity and the ambiguity in the law let the Obama administration extend civil right protections to people outside its intended scope.

A number of court cases have supported the idea that gender identity is protected by Title IX. The Times suggests those court cases might be what spurred HHS to push for a change in definition.

Many LGBTQ and civil rights activists are worried about the implications the proposed guidance could have. We don't have a lot of information about the number of trans people in federally funded education programs – but for some idea of the scope, there are an estimated 1.4 million transgender adults in the U.S. An estimated 150,000 Americans ages 13-17 are trans.

The New York Times reports HHS will present the new definition to the Justice Department by the end of the year.

Correction: A previous version of this story said the Trump administration is thinking about narrowing the definitions of sex and gender. To be more precise, the administration is discussing a narrow definition of the term "sex," and that could in turn affect people on the basis of their gender identity.