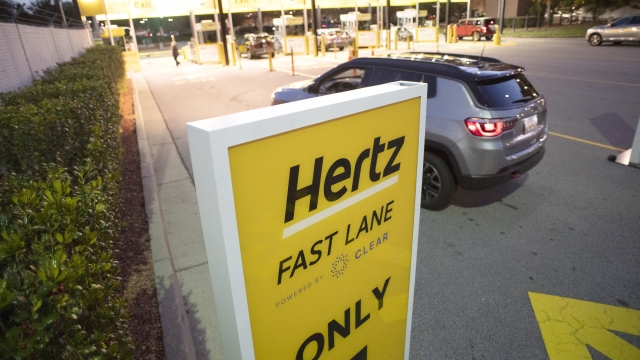 Hertz's purchase ranks at the top of the list of electric vehicle orders by a single company.

Hertz announced Monday that it will buy 100,000 electric vehicles from Tesla, one of the largest purchases of battery-powered cars in history and the latest evidence of the nation's increasing commitment to EV technology.

The purchase by one of the world's leading rental car companies reflects its confidence that electric vehicles are gaining acceptance with environmentally minded consumers as an alternative to vehicles powered by petroleum-burning internal combustion engines.

The price of oil has passed $85 a barrel for the first time since 2014 and it has jumped 13% this month alone.

In an interview with The Associated Press, Mark Fields, Hertz' interim CEO, said that Teslas are already arriving at the company's sites and should be available for rental starting in November.

Hertz said in its announcement that it will complete its purchases of the Tesla Model 3 small cars by the end of 2022. It also said it will establish its own electric vehicle charging network as it strives to produce the largest rental fleet of electric vehicles in North America.

The deal likely is worth around $4 billion because each Model 3 has a base price of about $40,000. It also ranks at the top of the list of electric vehicle orders by a single company.

The Hertz order helped send the price of Tesla shares jumping nearly 13% into record territory late Monday. The stock was trading at $1,024.84, pushing the world's most valuable automaker's total market value to just over $1 trillion for the first time.