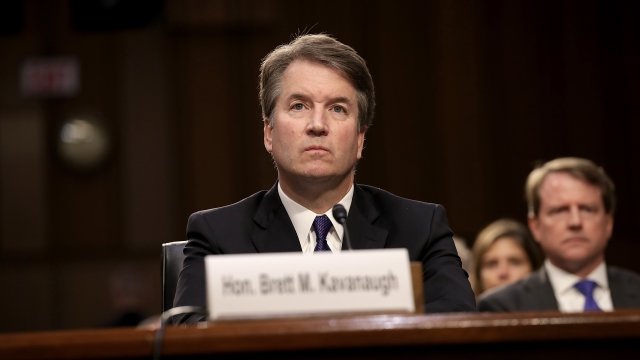 By Matt Picht
October 4, 2018
The FBI investigation into Brett Kavanaugh included interviews with at least nine people — but left out several other potential witnesses.
SHOW TRANSCRIPT

The heavily-anticipated FBI report on Brett Kavanaugh is complete: but since the results are being kept under wraps for now, we don't know what the report actually says. Here's what we do know.

The one-week investigation looked into allegations from Christine Blasey Ford that Kavanaugh sexually assaulted her in high school. The White House sent the FBI a list of four people they should interview to get started.

Three of the people on the list were allegedly at the party where Ford said she was assaulted: they include Kavanaugh's prep school classmates Mark Judge and PJ Smyth, as well as Ford's high school friend Leland Keyser. Judge and Smyth have denied the assault took place, while Keyser said she doesn't remember the incident but believes Ford's recollection. 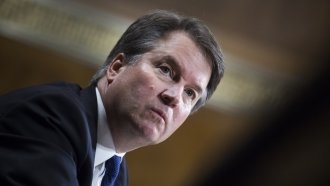 The fourth person they interviewed, Deborah Ramirez, made a separate assault allegation against Kavanaugh from when they were both in college at Yale.

Based on those interviews, the FBI reached out to six additional people for questioning. Five of them were interviewed; it's not immediately clear why the sixth person wasn't.

The agency didn't interview Kavanaugh or Ford during its probe: and several people who reached out to the FBI with information say they weren't contacted back. NBC News reports more than 40 potential witnesses were left out of the probe, including 20 people associated with Ramirez's allegation.

The White House says it gave the FBI free reign to conduct the investigation, but wanted it limited to the sexual assault allegations, rather than Kavanaugh's broader behavior.