Here's What Vice President Biden's Cancer 'Moonshot' Will Try To Do 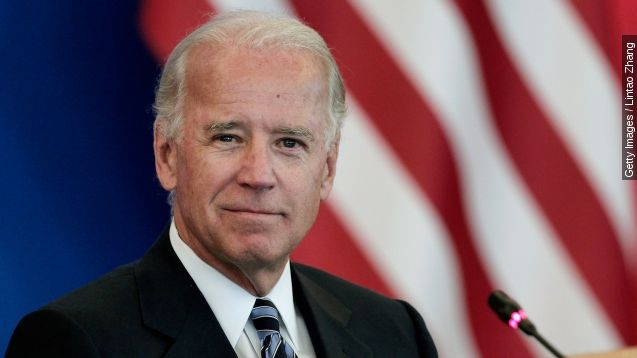 SMS
Here's What Vice President Biden's Cancer 'Moonshot' Will Try To Do
By Grant Suneson
By Grant Suneson
January 13, 2016
President Obama said he wants to "make America the country that cures cancer once and for all," and he's putting Biden in charge of that initiative.
SHOW TRANSCRIPT

During President Obama’s final State of the Union address, he announced a "moonshot" initiative to cure cancer once and for all. The man behind the mission? Vice President Joe Biden. (Video via the White House)

The "moonshot" term is a reference to when former President John F. Kennedy told a joint session of Congress he felt the U.S. should lead the world in space exploration. Now, Obama is saying the same about efforts to fight cancer. (Video via John F. Kennedy Presidential Library)

Just after the speech, Biden wrote a blog post for Medium outlining his plan to make "a decade worth of advances in five years."

He offered a two-pronged approach to the problem. First, he pledged to contribute more funds toward research. Biden has already proved to be effective in getting more funding for public health initiatives.

He was instrumental in getting an extra $264 million for the National Cancer Institute’s 2016 budget as part of a $2 billion increase to the National Institutes of Health overall.

Secondly, the vice president said he'd use targeted incentives to try and facilitate coordination among anti-cancer efforts in the private sector. (Video via the White House)

Biden says he wants researchers to share data freely so more doctors can work collaboratively toward a solution.

Next week, Biden will travel to Switzerland for the World Economic Forum where he'll speak with international oncology experts in an effort to accelerate research.