Here Are Some The Biggest Cases On The Supreme Court's Docket 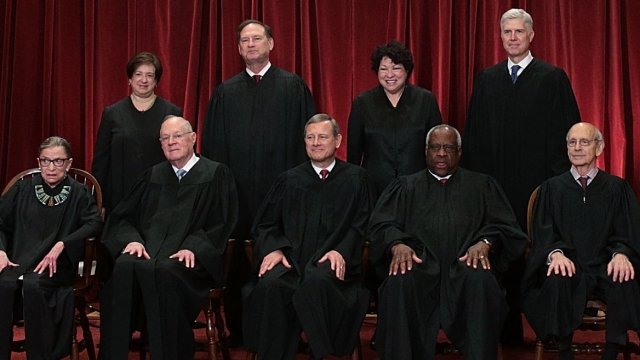 SMS
Here Are Some The Biggest Cases On The Supreme Court's Docket
By Casey Mendoza
By Casey Mendoza
October 1, 2017
SCOTUS is lined up to hear cases on topics like labor relations, gerrymandering and voters' rights.
SHOW TRANSCRIPT

The U.S. Supreme Court is starting its new term on Monday, and some of the biggest cases lined up will tackle labor relations, gerrymandering and voters' rights.

The Trump administration is siding with the employers. 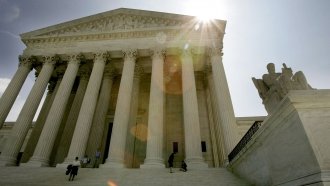 After that, SCOTUS will decide whether or not a Wisconsin district court had the power to challenge the state's redistricting plan. In the past, the Supreme Court has been divided on the issue of gerrymandering — and specifically, the role of courts in reviewing cases regarding alleged partisan gerrymandering.

A month after that case, and a year after the 2016 presidential election, SCOTUS is scheduled to weigh in on whether the state of Ohio lawfully deregistered voters to maintain voter databases. Some argue Ohio's actions resulted in voter suppression, but the Trump administration has backed the state.

Not yet scheduled on the Supreme Court's docket are a slew of other controversial cases. Those include the case pitting a baker's religious freedom against LGBTQ rights protected by the state of Colorado.

One major case removed from the Supreme Court's schedule? The so-called "travel ban."

After the Trump administration replaced the president's controversial order with "tailored travel restrictions," the Supreme Court canceled the hearing for oral arguments. It was originally scheduled for Oct. 10.