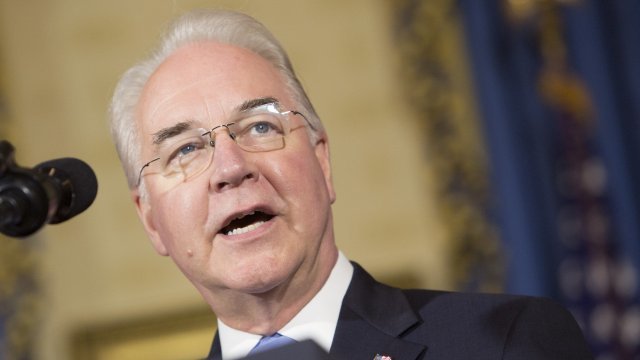 When a reporter asked Trump on Wednesday if he would fire Price for his actions, the president responded: "We'll see."

Politico reported Price took at least 26 private flights since May, even when multiple inexpensive commercial options were available. That reportedly cost taxpayers more than $400,000.

Trump said he'd be willing to fire Price in July if he couldn't help repeal and replace Obamacare.

He said to Price and the crowd at the National Boyscout Jamboree: "Are you going to get the votes? He better get them. ... Otherwise I'll say, 'Tom, you're fired.'"