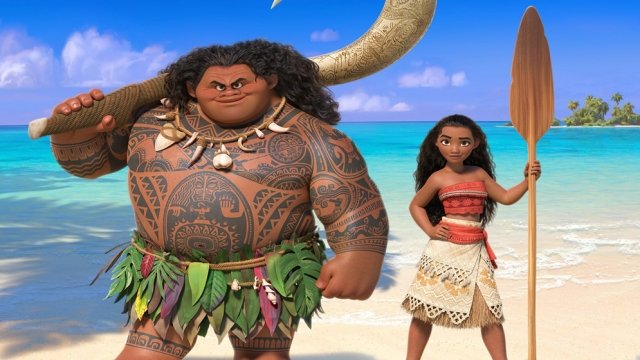 By Katherine Biek
November 27, 2018
The University of Hawaii translated "Moana" into Hawaiian and is gifting free copies to every accredited school in the state.
SHOW TRANSCRIPT

The University of Hawaii hopes a popular Disney movie will get students interested in learning the Hawaiian language.

The university's Academy for Creative Media System translated "Moana" into Hawaiian and is gifting free copies to every accredited school across the state.

The 2016 animated flick is Disney's first to be dubbed in Hawaiian. The university worked with the House of Mouse to translate the film's script — consisting of about 10,000 words — and rerecord it.

Some of the movie's original stars even reprised their voice roles for the rerecorded version — including Auli'i Cravalho, who provided the voice of Moana.

While Hawaiian is one of Hawaii's official languages, it was illegal to teach it in public schools for more than 80 years. So when it was allowed back into the curriculum in 1978, it was practically an extinct language.

And it's still considered severely endangered, with only just over 300 native Hawaiian speakers worldwide. But the university hopes its version of "Moana" will be used as a language learning tool and inspire cultural pride in students along the way.