2 Days After Landfall, Harvey Still Expected To Cause More Damage 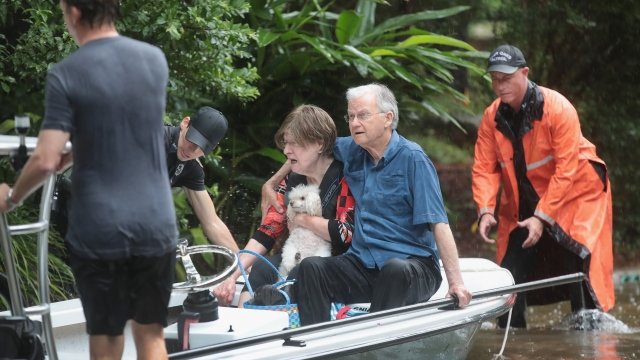 SMS
2 Days After Landfall, Harvey Still Expected To Cause More Damage
By Gabrielle Ware
By Gabrielle Ware
August 27, 2017
Harvey has been downgraded to a tropical storm, but it's still expected to cause a lot more damage.
SHOW TRANSCRIPT

Hurricane Harvey has devastated southeastern Texas since it made made landfall Friday. As of Sunday, at least five people had died.

Harvey, now downgraded to a tropical storm, made landfall with winds reaching 130 mph. It's caused intense structural damage, but the main threat now appears to be catastrophic flooding.

Nearly 20 inches of rain were reported in the Houston area early Sunday morning. The National Weather Service says some places could see up to 40 inches.

On Saturday, the Coast Guard rescued several people in distressed vessels due to the storm. Houston 911 operators have reportedly received more than 2,000 rescue requests.

Areas closer to the coast and in parts of Louisiana are also under a tornado watch. 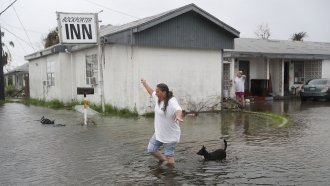 How Might Hurricane Harvey Impact The Oil Industry And Environment?

Over the past three days, nearly 4,000 flights have been canceled nationwide, many due to Harvey.

The storm is expected to stay over the area for several more days.