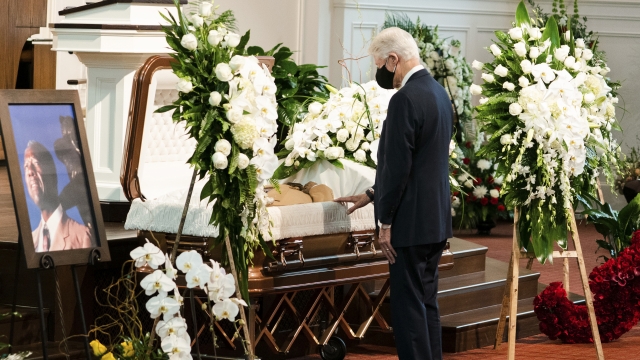 A funeral was held Wednesday for baseball legend Hank Aaron, who died last week at the age of 86.

Aaron was a titan, both with his power bat and his push for civil rights.

The Hall of Famer faced racism and persevered while receiving deaths threats in pursuit of Babe Ruth's home run record, which he broke in 1974.