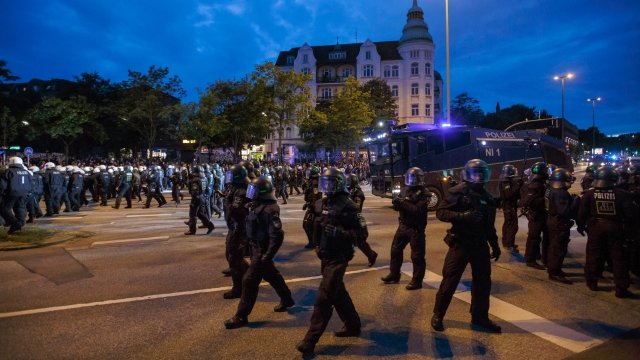 SMS
A German City Is Bracing For G-20 Protests To Turn Violent
By Lindsey Pulse
By Lindsey Pulse
July 5, 2017
Protesters have come to the G-20 summit for years — but this year is expected to attract more negative attention than others.
SHOW TRANSCRIPT

Hamburg, Germany, is bracing for some major — and potentially violent — protests during the G-20 summit.

The summit is a gathering of international leaders to discuss finance, economy and other issues affecting the world.

Protesters have flocked to G-20 for years; the highly publicized event can be an international spotlight. In past years, groups have negotiated with authorities to ensure protests didn't escalate.

But this year's summit brings together a new combination of controversial political figures — like Vladimir Putin, Recep Tayyip Erdoğan and Donald Trump.

At least some protesters have said they want to "kettle" those leaders, which means confine them to the inner city. 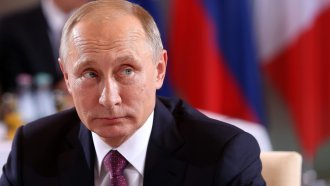 Hamburg is also expecting left-wing anarchists from around Europe to join local groups. The left wing has been known to spur violent riots.

The summit is attracting all kinds of people — anti-capitalists, anti-globalization groups, groups supporting globalization, climate change activists and others.

Hamburg will reportedly have 20,000 officers patrolling during the conference, including counterterrorism forces. Underwater and aerial drones will also reportedly be used for security.

Authorities have already broken up illegal tent camps with water canons and pepper spray. They've also had to seize various weapons and explosive devices ahead of the meeting.