A Group The US Calls Terrorists Wants To Soften Its Image 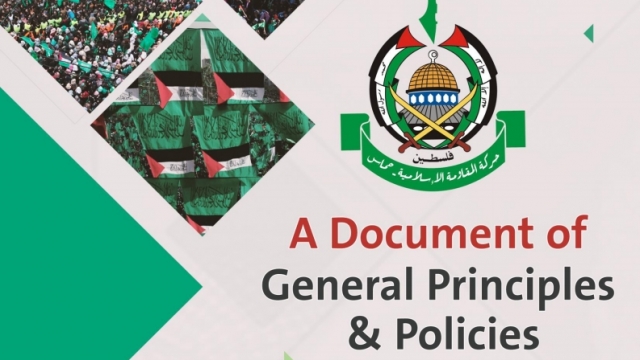 SMS
A Group The US Calls Terrorists Wants To Soften Its Image
By Jake Jones
By Jake Jones
May 1, 2017
Hamas has fought three wars with Israel, and the U.S. labeled it a terror group in 1997.
SHOW TRANSCRIPT

The militant Palestinian organization Hamas has fought three wars with Israel and is labeled a terror group by the U.S. Now, it's apparently trying to soften its image with a new mission statement.

The U.S. labeled Hamas a terror organization in 1997. It started as an offshoot of the Islamist Muslim Brotherhood. The group has conducted hundreds of anti-Israeli attacks, including suicide bombings, and has fought three wars with Israel since taking control of the Gaza Strip nearly a decade ago.

The newly released document from Hamas blames "occupiers" and Zionists for Palestinian displacement but doesn't accuse Jews outright as it has in the past.

But many Israelis aren't convinced. One former military official said the new policy was only "sugarcoating" Hamas' 1988 charter, which called for the destruction of Israel.

Softening its message might help Hamas exploit a recent power vacuum in the more moderate wing of the Palestinian Authority. The current leader, Mahmoud Abbas, has declined in popularity, which has led to speculation about his replacement.

Abbas is scheduled to meet with President Donald Trump on Wednesday.