Half Of Retiring Senators Are Registering As Lobbyists 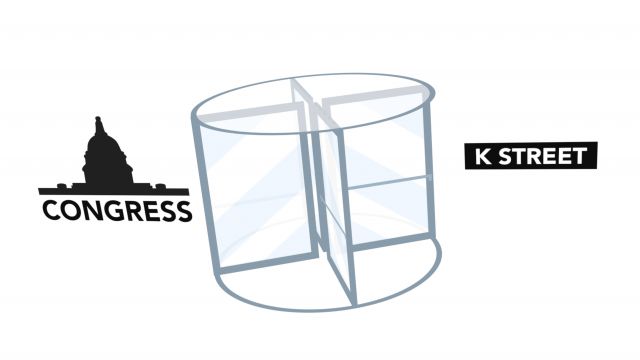 SMS
Half Of Retiring Senators Are Registering As Lobbyists
By Jake Godin
By Jake Godin
February 12, 2016
More outgoing senators and representatives are registering as lobbyists than ever before. There are rules to prevent it, but also a lot of loopholes.
SHOW TRANSCRIPT

Congress has a "revolving door" problem.

About half of retiring U.S. senators are registering as lobbyists.

That's according to data in a January report from three political scientists. They found that more and more Senate and House members are registering as lobbyists since 1976.

So, why is that number going up?

One political scientist points to two things: the many connections a former member of Congress can use and the large sums of money corporate lobbyist groups are willing to pay.

In total, U.S. corporations spend billions on lobbying every year.

There is a rule that prevents most federal officials from becoming lobbyists for one to two years after they leave government, but there a lot of loopholes.

An example — if someone spends 20 percent of their time lobbying with a client, then they're a lobbyist. But anything less than that, and they're not officially lobbyists.

So, as the Sunlight Foundation points out, some folks just spread out their so-called strategic advice to different clients to dodge the lobbyist label.

Until those loopholes are closed, retiring members of Congress will take advantage of them.