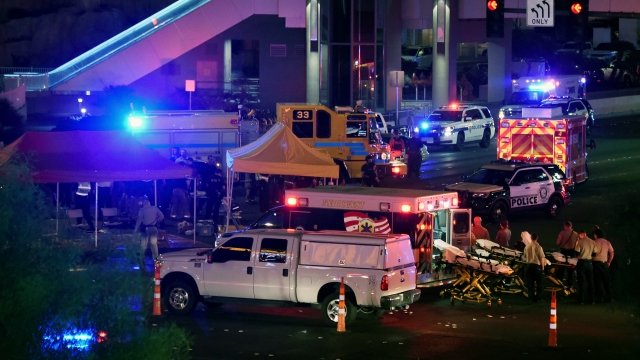 After a mass shooting in Las Vegas killed at least 59 people and wounded more than 500 more, gun control advocates were quick to call out a bill that would make it easier to buy gun silencers.

The bill, which cites "hearing protection" as one of its focuses, removes the $200 tax and eight-month application process for purchasing gun silencers (also known as "suppressors").

It was passed by the House Natural Resources Committee last month. But on Tuesday, House Speaker Paul Ryan announced it wasn't scheduled for the House floor.

Critics of the bill — including a survivor of the Virginia Tech shooting — argue civilians and law enforcement depend on the sound of gunfire in order to react to and locate shooters. 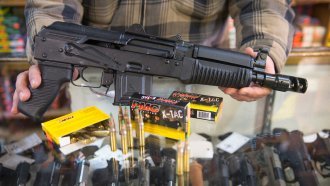 After the shooting in Las Vegas, Hillary Clinton tweeted: "Imagine the deaths if the shooter had a silencer, which the NRA wants to make easier to get."

Rep. Jeff Duncan, one of the bill's sponsors, disagreed with the outcry. Duncan argued the Vegas shooter already demonstrated he was willing to break the law to acquire the type of gun he used. Additionally, gunfire is still audible even when a suppressor is used.

An expert also told The Washington Post that a silencer would have reduced the effectiveness of the gun. Because the shooter may have used an automatic weapon, the silencer could have even just melted due to the barrel's heat.

Instead of focusing on gun restrictions, House Republicans called for a focus on mental health treatment — even though not much is known yet about the mental health of the shooter.