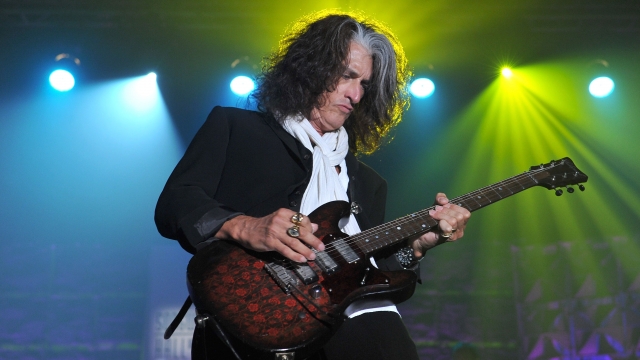 The 65-year-old musician, who is best known as Aerosmith's lead guitarist, was performing with his other band, Hollywood Vampires, at Ford Amphitheater at Coney Island Boardwalk.

Videos posted online show Perry sitting on the drum platform before getting up and and walking offstage.

Bandmate Alice Cooper reportedly told the crowd that Perry had been "very sick" before the concert. He and fellow bandmate Johnny Depp continued with the show as Perry was taken to a local hospital.

But it looks like he will be OK. Messages on Hollywood Vampires' and Aerosmith's websites say, "Joe Perry is stable and resting."

A tweet from Perry's twitter account thanked people for their concern, saying, "Thanks to all of the fans reaching out and asking about Joe. He is stable right now, with family and is under the best care."

It's unclear whether Perry will be well enough to perform at Hollywood Vampires' next concert in Ohio on Tuesday.