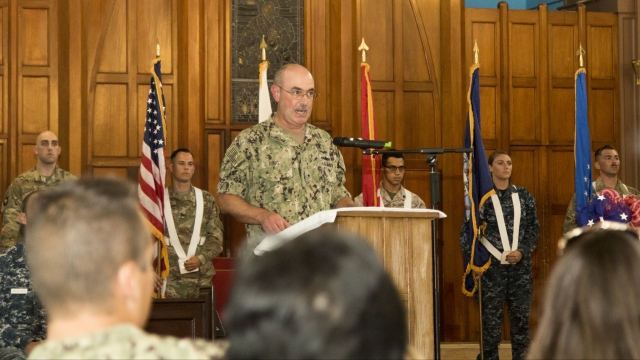 The Department of Defense Southern Command said Rear Adm. John Ring was fired "due to a loss of confidence in his ability to command."

The commander of the prison at Guantanamo Bay has been relieved of his duties.

The Department of Defense Southern Command said in a statement that Rear Adm. John Ring was fired "due to a loss of confidence in his ability to command." The agency didn't give any specifics but said the move came after a monthlong investigation into Ring. A spokeswoman for the Southern Command told news outlets its leaders are held accountable "when they fall short."