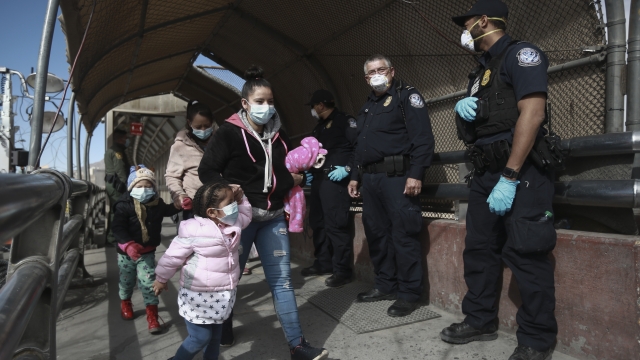 The Biden administration is continuing to face a problem at the southern border with the exploding number of migrants attempting to cross into the U.S.

"The president and our administration has made a decision that the way to humanely approach immigration is to allow for unaccompanied minors to come and be treated with humanity and be in a safe place while while we're trying to get them into sponsored homes. And there have been a large flow of children cross the border. We recognize that, but we made a policy decision because we felt it was the humane approach," said White House press secretary Jen Psaki.

But a report from this week shows a record number of children have been in detention facilities, some for far longer than the legal limit.

The president did not mention immigration in his prime-time address Thursday night.

One place being considered to house the migrants is a NASA site. Border patrol is looking at possibly using a federal airfield in mountain view California.

Take a look at these pictures from Texas. Border officials are so swamped with processing they're doing it under a bridge.

A federal official says this is used only when there's a high number of migrants.

Right now, they say the Rio Grande Valley area is seeing at least one-thousand crossings a day with many trying to claim asylum.