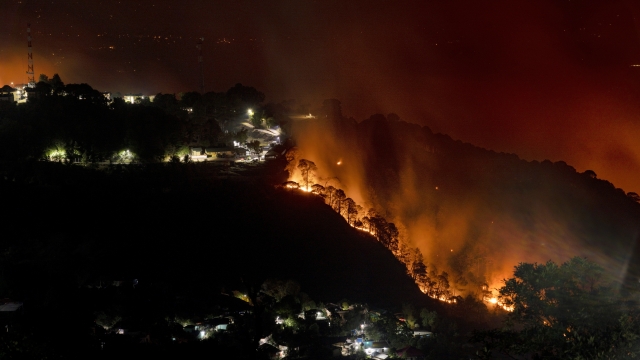 Higher attention to treat heat waves as climate threats has strengthened calls to name them like hurricanes.

There's a new effort to give heat waves the kind of labels they deserve, as they've become a dangerous new threat in the age of a changing climate.

Major cities all over the world are considering plans to begin naming and categorizing heat waves like hurricanes.

Seville, Spain is set to become the first city to start naming heat waves this month.

Athens, Los Angeles, Miami, Milwaukee and Kansas City are all piloting programs to categorize heat waves based on weather and public health data.

"I think right now the scientific evidence is overwhelming in concluding that this kind of event is becoming more and more frequent, more intense because of climate change," Arpita Mondal, climate scientist at the Indian Institute of Technology of Mumbai, said.

The effort is gaining momentum as India endures sweltering triple digits and as the heat fuels a fire in Spain. It's hurting Californians in the high desert, and dogs in the Texas humidity trying to stay cool.

Proponents of naming heat waves think it could come with increased attention and preparations from local leaders, like freeing up resources to respond to heat-related illness and opening cooling centers.

"We shifted a lot of our play time to before school, and we have a sanctuary where they can just go and sit in the shade,"  Brian Winsor, executive director and founder of Paideia Academies, said.

Schools in Phoenix are already trying to adapt, hoping to keep students healthy in the blistering sun.

Meanwhile, governments all over the world are trying to keep new buildings cool and save energy by changing the color of roofs.

New construction is coming with green roofs that have plentiful benefits.

It's all a clear sign of the way our lives are changing to the contours of a warming planet, with the hopes a name and category will force people to treat heat waves like the dangerous events they are and keep us ready for what lies ahead.