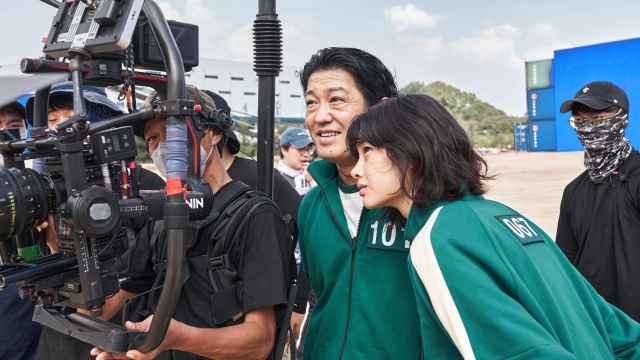 Audiences in the U.S. are clamoring for stories from around the world.

From South Korea's "Squid Game" to France's "Lupin" and Spain's "Money Heist," audiences in the U.S. are clamoring for stories from around the world.

RON HAN: It's one of those things where it feels new. And that's exciting for U.S. pop culture. It was like when "Gangnam Style" became really popular.

The growing popularity of international and non-English programming has a lot to do with the rise of global streaming platforms and most notably Netflix.

REED HASTINGS: You are witnessing the birth of a global TV network.

At that very moment, five years ago, Netflix became available in over 190 different countries and its investments in studios all over the world became a key part of its global strategy.

Today, Netflix has more than 213 million subscribers. The platform has made shows and films in 40 different countries, and the company says 97% of its U.S. subscribers watched a non-English title this past year.

Debuting last month, the series quickly became the No.1 title on Netflix in over 90 countries. The series showed that language — and the so-called one-inch barrier of subtitles — wasn't a barrier for good storytelling. Directors like Mexico’s Alfonso Cuarón and South Korea's Bong Joon-ho have been arguing this for years.

HAN: "Parasite" winning best picture really just broke that door down in a very dramatic way. And I think Bong Joon-ho's comments about if you can just get past that one-inch of text, it opens up such a huge world creatively, and I think people are starting to appreciate that and embrace that.

For writers and filmmakers who want to tell stories in more languages, this growing support for international and non-English programming is exciting, but there's still a long way to go for Hollywood to recognize this.

Non-English projects can still be seen as niche rather than mainstream — even those made by American filmmakers of color. And these U.S. artists worry their stories might be misinterpreted or categorized as "foreign," which happened to films like Lee Isaac Chung's "Minari" and Lulu Wang's "The Farewell."

HAN: I want to make sure, or I hope, that they're not going to get conflated with those East Asian movies or TV shows because that's different from Asian American stories. And we know that and I just hope that that doesn't get lost in the excitement.

For audiences, the world is getting smaller. This boom of support for international and non-English programming means broader exposure to more cultures, new storytellers and an entertainment industry no longer constrained by language barriers.