Group Files Lawsuit To Change The N.Y. Primary — A Day Before Voting 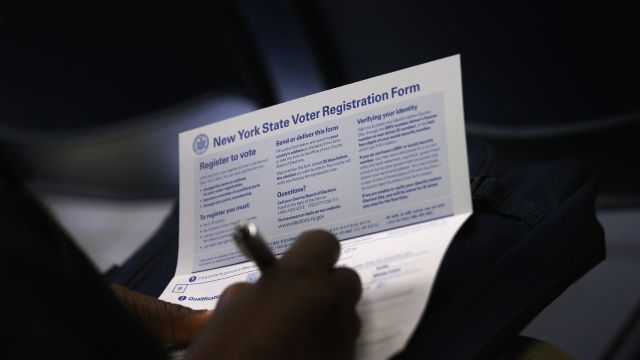 SMS
Group Files Lawsuit To Change The N.Y. Primary — A Day Before Voting
By Katie Link
By Katie Link
April 18, 2016
Election Justice USA filed the lawsuit in an attempt to open the state's presidential primary to all voters.
SHOW TRANSCRIPT

Election Justice USA filed an emergency lawsuit on behalf of hundreds of voters in New York on Monday, urging the state to open primary voting to anyone, regardless of party affiliation.

Right now, New York is a closed primary state, meaning only voters registered as a Democrat or Republican can cast a vote on Tuesday. That's not good for the millions of New Yorkers registered as neither.

It's also not good for the thousands of voters who apparently thought they were registered correctly back in October when the deadline hit and recently discovered they aren’t.

A spokeswoman told the outlet: "For many of our complainants, to have the electoral process deprived of them, it’s devastating. It’s a threat to the democratic process."

As for why the group waited until the day before the primary to file the lawsuit? We’re not sure.

With just hours until the polls open in the Empire State, we're thinking the primary will stay closed. Nevertheless, the race in New York will be watched closely. Ninety-five delegates are up for grabs on the Republican side, and 291 delegates are at stake for the Democratic candidates.