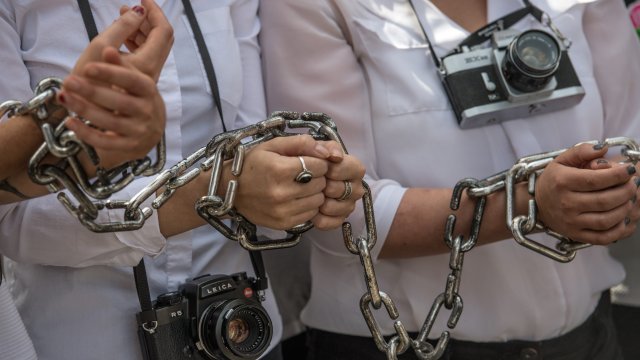 SMS
2018 Isn't Shaping Up To Be A Great Year For Press Freedom
By Matt Picht
By Matt Picht
May 3, 2018
An April 30 suicide bombing in Afghanistan marked 2018's deadliest day for journalists around the world.
SHOW TRANSCRIPT

So far, 2018 has been a deadly year for journalists across the world. According to Reporters Without Borders, 24 journalists, six citizen journalists and two media assistants have been killed over their work in 2018.

Those include several deaths in war-torn Yemen and Syria as well as two journalists fatally shot while covering Palestinian protests in Gaza.

But the deadliest day so far came April 30 in Kabul, Afghanistan. A pair of suicide bombers killed 29 people, including nine journalists. One of the bombers carried a camera to blend in with the press that rushed to the scene of the first bombing. 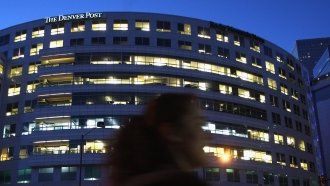 The State Of Local Journalism: Where Are The Watchdogs?

Reporters Without Borders also notes over 300 journalists and citizen journalists are currently imprisoned in connection with their work worldwide.

Oppressive regimes in Turkey and Egypt have imprisoned 35 and 27 journalists respectively, while totalitarian China has locked up 15 journalists and 37 citizen journalists.

Journalism is, by and large, a much safer occupation in the U.S., but rights groups still say the U.S. faces press freedom challenges of its own. Those include hostility toward the press from local law enforcement and increasing prosecution of journalist sources.

At a rally in Michigan, President Donald Trump told the crowd, "These are very dishonest people, many of them."

And Trump's occasional attacks on the press aren't helping; they've been repeated almost verbatim by more authoritarian leaders around the world.