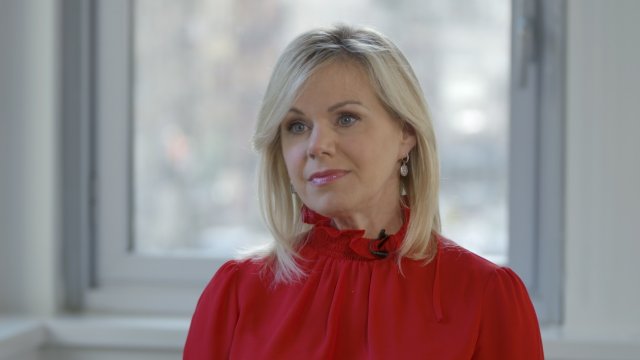 Five Democrats and one Republican have signed a petition to stop mandatory NDAs. Will firms follow suit?

“It can be really frustrating and suffocating to be silenced,” Gretchen Carlson said.

Former Fox News anchor Gretchen Carlson is intimately familiar with the process surrounding NDAs, or non-disclosure agreements. In 2016, she sued her former boss Roger Ailes for sexual harassment. She ended up settling, but only after signing an NDA, which barred her from talking about what happened with anyone.

Now she’s putting her energy into Lift Our Voices, a nonprofit she co-founded with former Fox News colleagues to discourage employers from using NDAs, starting with the largest employer in the country: the government.

“If you want to be the ruler of the free world here in America, then you should be on the side of women and not muzzle them with NDAs,” Carlson said.

So far, the nonprofit has gotten six presidential candidates to sign a petition saying workers shouldn’t be forced to sign NDAs — a change that would affect a big chunk of the workforce. Recent data show that over a third of workers are bound by one, though it's unclear how many aren't aware of them at all.

“Often workers do not know what the law is, and when they sign a contract, when it’s in the fine print, they’ve consented to it. In some sense, that is what does the harm already because they imbue that contract with a sense of power,” said Evan Starr, assistant professor of management and organization at the University of Maryland’s Robert H. Smith School of Business.

Some change has already been in place, though. Last year, a bill was passed in New Jersey that prohibits the use of NDAs unless they relate to the use of proprietary secrets. And major corporations like Uber said they would no longer use them on victims of sexual harassment. But there’s still no way to fully measure what sort of impact NDAs have had on the workforce.

“I think we’re at a moment in our history where we’re beginning to learn about the prevalence of NDAs and how commonly they are being used, outside of the typical purposes,” Starr said.

Even after Carlson’s lawsuit was over, the NDA still prevented her from being able to work on projects based on her story, like Showtime’s miniseries The Loudest Voice or the Lionsgate movie Bombshell. But she still remains hopeful about being able to change the power dynamics at work.

“I am a really optimistic person because I have been working really hard on this issue for the last three and a half years and it’s not easy to solve. So I have to remain incredibly optimistic. It’s a tangled web to figure out how to fix harassment in the workplace. There are many angles to work on. But NDAs are crucial because they have been silencing women for decades,” Carlson said.