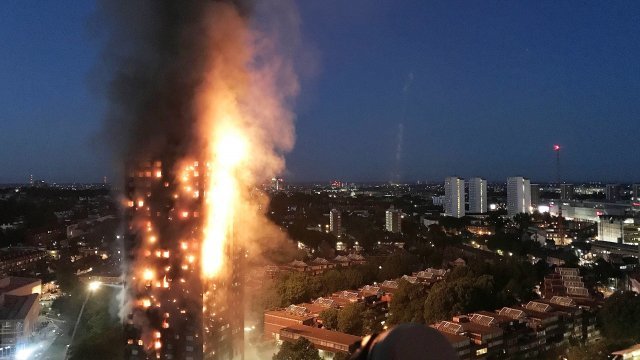 Five reports on last year's Grenfell Tower fire in London have been released, and they detail multiple safety failures.

The Grenfell fire caused more than 70 deaths in June 2017. The massive blaze is believed to have spread largely due to the building's cladding, which failed fire safety tests and was also incorrectly installed.

Reports also revealed residents were initially told to stay inside the building. Experts say that advice became faulty about 30 minutes after the fire started and that new orders weren't given until about two hours later.

One report says the order was "appropriate" before the fire began to spread, but afterward, residents were left without clear evacuation options.

Another said the ventilation system didn't seem to work, that broken fire lifts prevented residents and equipment from being transported within the building, and that several doors "[did] not appear to have been upgraded since installation in 1972."

That same report said the failures signified "a culture of non-compliance at Grenfell Tower."

The reports are part of a larger examination into the circumstances surrounding fire. At its end, recommendations will be made to help prevent similar situations.