Police Announce Cause Of Grenfell Tower Fire, And It Wasn't Arson 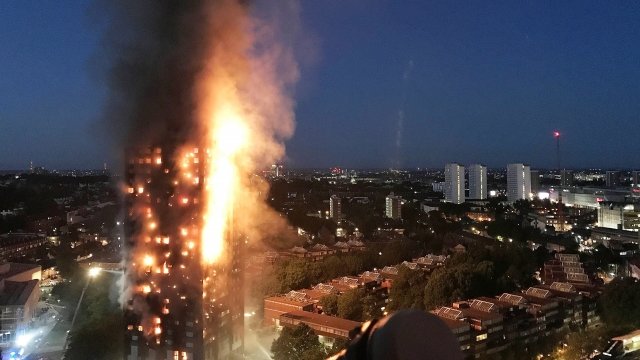 We finally know what caused the fire that swept through Grenfell Tower in West London: a faulty fridge.

The fridge manufacturer, Hotpoint, hadn't recalled that model prior to the fire, but it's now asking customers to check their model numbers and contact the company.

A fridge had been one theory behind what caused the blaze before Metropolitan Police announced its findings. A resident of Grenfell Tower had been overheard telling people that his fridge started the fire.

Police are still trying to determine how the June 14 blaze spread so quickly. So far, samples of cladding and insulation collected from the building have failed safety tests.

Authorities are conducting similar safety tests on 600 buildings across the U.K. to determine if the same combustible cladding was used in their construction.

As of Friday morning, they've found it in 11 residential buildings.

At least 79 people died or are presumed dead as a result of the Grenfell Tower blaze. Police are considering criminal charges, including manslaughter.