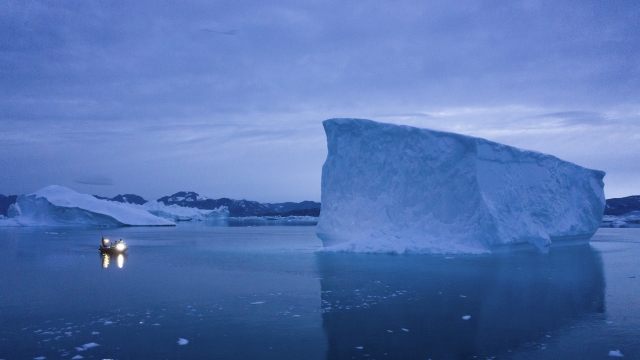 We've got a zombie problem. No, not the kind you see in movies.

This zombie problem is zombie ice. It's part of the massive Greenland ice sheet. It's also referred to as doomed ice, because it's going to melt no matter what.

Greenland has one of the two largest ice sheets on the planet. The other one is in the Antarctic, which has problems too.

The Greenland ice is not growing. It's basically dead.

Ice grows when it snows. The snow piles up, gets squished down and adds new layers of ice to the ice sheet. The problem is, there's been a lot less snow due to climate change, so the ice is not growing and replenishing what's doomed to melt. 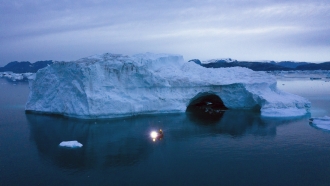 "The Arctic is in crisis. It's warming three times the rate of the global average," said professor Gail Whiteman, founder of Arctic Basecamp — a team of scientists sounding the alarm and calling for action to prevent Arctic change. "What happens in the Arctic doesn't stay there."

It doesn't. And it won't. When all 120 trillion tons of the zombie ice melts, it's going to rush out to the oceans and they're going to rise almost 11 inches. That's twice the amount  the U.N. Climate Change Report predicted just last year.

If all that melted water gets piled up on top of the continental U.S., it would be 37 feet deep from coast to coast.

Even if we slammed the brakes on all greenhouse gas emissions around the world, the study says it's too late.

It's all going to melt, likely by the end of the century.