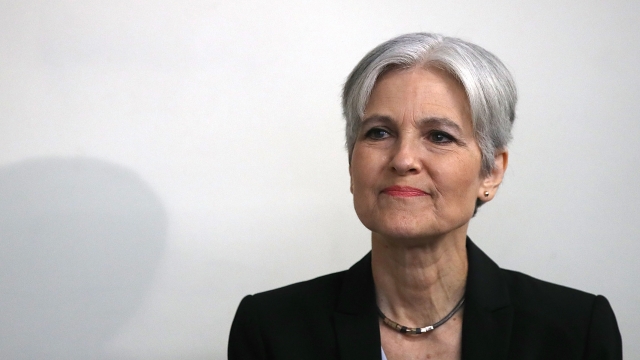 Jill Stein wants a recount, and she needs several million dollars to make it happen.

Originally Stein asked for $2.5 million to cover the bill, but that number was bumped to $4.5 million. An update posted on Thursday said only the recount fees for Wisconsin had been met.

Stein's campaign is predicting attorney's fees and other state recount costs will push the total cost between $6 million and $7 million. So it stands to reason the asking price could be hiked even more.

SEE MORE: We Spent $6.9 Billion On This Election

But it's hard to see what Stein or the Green Party gets out of this — Stein scored less than 2 percent of the vote in all the states she wants recounted. The only candidate who could possibly benefit from a recount is Hillary Clinton.

And Stein's no fan of Clinton — she said on the campaign trail that she'd sleep poorly under either a Clinton or Trump presidency.

Several reports say a group of computer scientists is privately lobbying the Clinton campaign to challenge the election results.

There's no evidence of any broad vote-tampering in this election. But an audit might give voters more peace of mind about the results — especially after all the talk of potential for foreign interference.